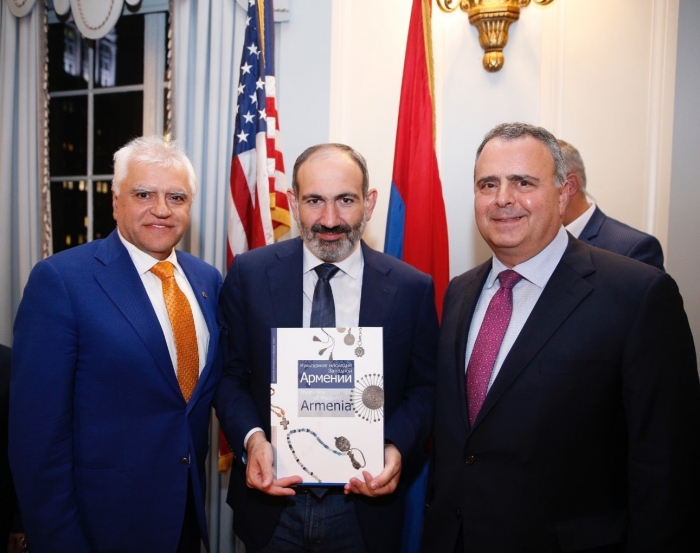 In September, the AJF Chairman was invited to take part in the opening of the ARMENIA exhibit at New York’s Metropolitan Museum. The guest of honour was none other than the new Prime Minister Nikol Pashinyan who also had a meeting with community leaders from across North America, while attending and addressing the UN General Assembly. Following this event, Pierre Akkelian presented the AJF publication to the Prime Minister and briefed him on AJF’s activities.

AJF wholeheartedly congratulates Prime Minister Nikol Pashinyan on the spectacular achievement of the Velvet Revolution in Armenia and wishes him a successful tenure in the service of Armenia and all Armenians.