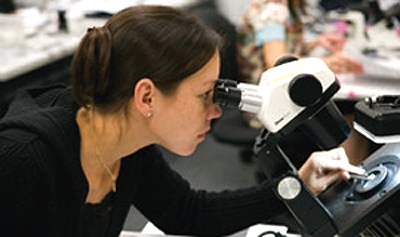 Geneva, August 4, 2015 -- The Armenian Jewellers Foundation (AJF) in collaboration with the Birks Family Foundation has announced the launch of its new educational program in Canada to benefit the newly formed Syrian-Armenian expatriates’ community.

Thousands of Armenians fleeing war and destruction in Syria have sought refuge in Armenia and elsewhere including many families who chose Canada as their new home. Canada is leading in the resettlement of Syrian refugees in general. Montreal has welcomed over 1000 Syrian refugees of Armenian origin, and with more on the way, the number is expected to surpass 2000 in 2015.

AJF will support 10 applicants enrolled in the Gemology 1 fall session course at the École de gemmologie de Montréal (EGM), one of the prime jewellery sector academies in North America. The study curriculum covers key aspects of gemological science, including diamonds. Graduates are expected to gain a solid knowledge in gemology, which may be used to pursue further studies or embark on a new career in the jewellery sector.

Applicants must be recent Syrian-Armenian expatriates who are living in Canada as permanent residents. A recommendation letter is required along with a signed application. Selected candidates will be automatically enrolled in the EGM. An information session will be held for applicants the week of August 31 (TBA).

Completed applications must be received by September 3, 2015. Forms may be requested in writing from AJF. Teaching and course materials are in English or French, therefore, basic knowledge of either language is a key requirement.

“We are proud of our 10 bright scholarship graduates from diverse communities who successfully completed their Diamond Grading diploma program at the Armenian Gemological Laboratory and Academy in Yerevan. We are confident that this Canadian initiative will help facilitate our displaced Syrian compatriots’ integration into their new environment. We extend our gratitude to all our patrons, especially, to the Birks Family Foundation for its support of this initiative,” said AJF Board of Trustees Chairman Mr. Pierre Akkelian.

The Armenian Jewellers Foundation was established in 2013 to advance the heritage of Armenians in jewellery. AJF's mission is to undertake historical research, document present-day success-stories and ensure the transfer of knowledge to the new generation. The scholarship program promotes new capacity in the jewellery and diamond manufacturing sector both in Armenia and the Diaspora. This current effort is carried out in collaboration with Canadian Armenian community organizations.