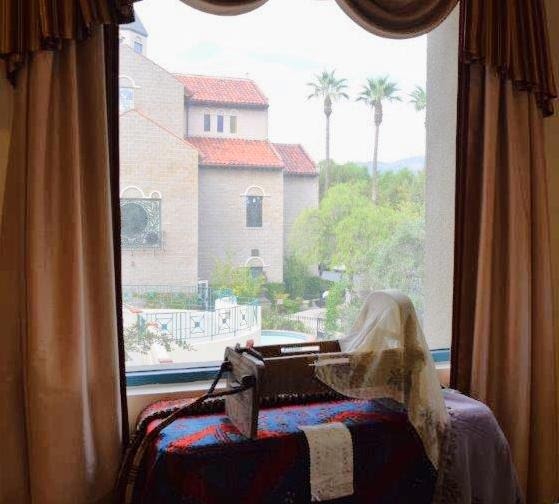 On Sunday, October 25, the Ararat-Eskijian Museum hosted "Treasures of Western Armenia: A Conference on Material Culture & Genocide in Western Armenia," in collaboration with AJF and the prestigious Boston-based National Association for Armenian Studies and Research (NAASR).

The event was part of the 100th Anniversary initiatives organized by the Museum and aimed at furthering the dialogue on the loss of material culture following the Medz Yeghern. The Ararat Eskijian Museum retains one of the most important ethnographic collections and libraries in the US, which often serves as reference resource for filmmakers and designers. The Museum is run by veteran conservationist, Ms. Maggie Goschin.
The seminar's main keynote speaker was historian and renowned Genocide expert Dr. Rouben Adalian, who also serves as the director of the Armenian National Institute (ANI) in Washington, DC.  His opening speech "Effects of Genocide on Culture and Civilization in Western Armenia" laid the framework to the question regarding loss of cultural traditions following widespread massacres and uprooting of entire societies. His lecture reviewed the various approaches to this study and presented key arguments. Being one of the main centers for the 100th
Anniversary initiatives, Dr. Adalian also touched upon the many undertakings that characterized the year.
Among other speakers, Armenian Rugs Society President and famous textiles expert Mr. Hratch Kozibeyokian spoke about "Armenian Design Patterns Across Various Arts," discussing the origin of design patterns and their use in various fields of arts and crafts, mainly in jewellery and carpets.
With the recent publication of the Treasures of Western Armenia catalogue in Yerevan, Pierre Akkelian was invited to present AJF's collaborative project with the Russian Museum of Ethnography, which was meant to raise public awareness of Russian ethnographer A. A. Miller's expedition and collection of historic items used by ordinary people in Western Armenia as the genocide was taking place in 1916.
Mr. Akkelian shared not only the brief history behind the painstaking efforts by Miller and his team in collecting objects representing Western Armenian daily life, but also the story about how the Armenian Jewellers Foundation learned about these artifacts and the expedition photos, which were kept mostly unseen and unpublished in the Russian museum's storage rooms for 95 years. AJF published the impressive catalogue in time for the centennial commemoration of the Armenian Genocide, and thanks to the Foundation's efforts and funding, the Russian Museum of Ethnography in St. Petersbourg was able to exhibit the entire collection for the very first time.
During a reception in the Deukmejian Banquet Hall, guests viewed historical artifacts, jewellery, and Armenian costumes from their respective regions, all from the ethnographic collection of the Ararat-Eskijian Museum. 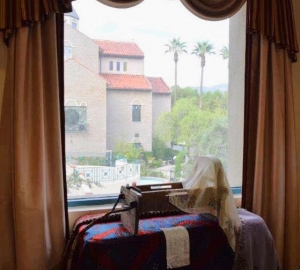 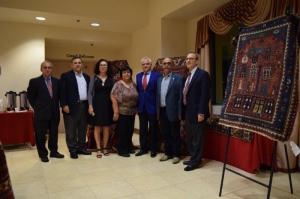 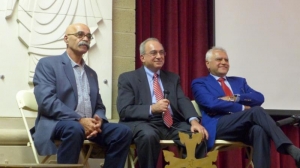 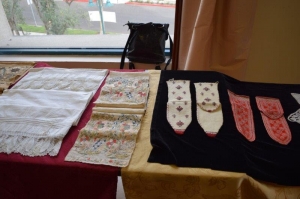 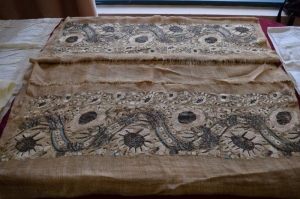 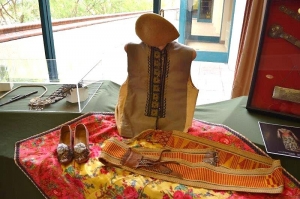 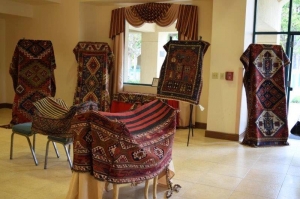 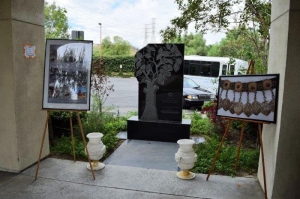