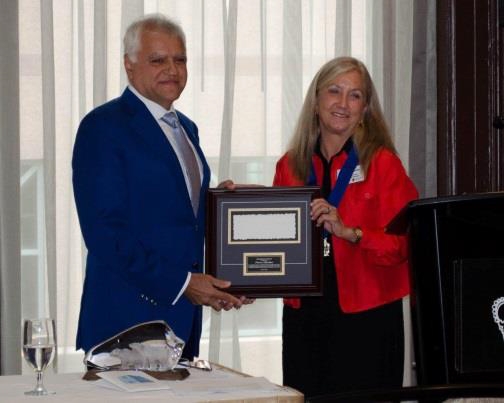 Incoming CJA Chairperson Tanya Parrish, on behalf of the Canadian jewellery industry, presented the Award, which read: “In recognition of your contribution to the betterment of the Canadian jewellery industry by conscientiously maintaining the highest professional standards through your career.” According to her presentation “Pierre has been a tireless supporter of the industry, its associations and its cultural and charitable efforts. He has championed international and national causes for the industry and improved the standing of the industry with governments, media, associations and individuals over the years (see full text in Annex).”

Mr. Akkelian, in his passionate acceptance speech (see full text in Annex), recalled his experience as CJA’s past president and an advocate of reforms. Mr. Akkelian, who founded the Armenian Jewellers Association (AJA) during his tenure at CJA and currently serves as the Chairman of the Armenian Jewellers Foundation (AJF), thanked the CJA for its support to AJF’s scholarship program. As a token of appreciation, a copy of the Treasures of Western Armenia publication was formally presented to the Chairperson Tanya Parrish and President and CEO David Ritter.

Mr. Akkelian dedicated this prestigious award “to all those who supported efforts to eliminate the excise tax,” including family members, industry colleagues and politicians, singling out John Duncan, MP from Vancouver Island, “the greatest friend the industry has in Parliament who valiantly fought for our cause in Ottawa…and to our Very Honourable Prime Minister who as Leader of the Opposition made a handshake deal with me to get rid of the Excise tax in his first budget and honoured his promise!”

The Canadian Jewellers Association is honoured to recognize Pierre Akkelian with the Chairman’s Award for 2014-2015.

Pierre has been a tireless supporter of the industry, its associations and its cultural and charitable efforts. He has been true to his roots as an Armenian, as a Canadian and as a jewellery business executive. He has championed international and national recognition for the industry and improved the standing of the industry with governments, media, associations and individuals over the years. Pierre has taken a once small family owned retail business and turned it into a nationally acclaimed manufacturing company that serves a global market. Today, Pierre is the President of Canadian Gem - Montreal, the premier pearl distributor in Canada. He is a co-founder of Nishi Pearls Hong Kong which is poised to become an international pearl brand serving duty free markets and ecommerce.

In 1978, Canadian Gem became a member of Corporation Des Bijoutiers du Quebec and member of CJA in 1984. Pierre served as the President (Chairman) of the Canadian Jewellers Association in 1996-1997, having been elected to the CJA Board from 1988 through 1998 – and often serving in additional capacities such as Chairman 1991 CJA National Convention in Quebec city and Chairman of special CJA Task Force in 1992 that overhauled CJA bylaws, membership fees etc. Pierre was a founding member of Jewellers Vigilance Canada and served on its board in 1996-97. He went on to be Canada’s representative to World Pearl Organisation and CIBJO in 1998-1999 he has represented CJA as a goodwill ambassador at several international gatherings since then. In 1998, Pierre made an influential speech as a key presenter at the Conference on Creating a Diamond Industry for the NWT in Yellowknife and again in 2012 at a World Bank sponsored conference in Botswana on diamond industry strategy for African diamond producing countries.
Pierre’s crowning achievement was to lobby the Federal government endlessly on behalf of the industry and he was influential in getting the Excise Tax removed from jewellery. Pierre’s involvement begun when he was appointed chairman of CJA Government Relations committee in 1993 and led the effort to secure the recommendation of the influential Parliamentary Committee on Finance to abolish the Excise Tax in 1996 and once again in 1998, setting the course for Finance Minister Jim Flaherty abolishing the tax in May 2006. Pierre was recognized for these efforts in 2007 by the Corporation Des Bijoutiers Du Quebec.
Pierre is proud of his Armenian heritage, and works to promote and support members of that community. He is a founder of the Armenian Jewellers Association (AJA), an association that creates links among Armenian jewellers worldwide. He is also the founder and acting chairman of Armenian Jewellers Foundation (AJF). In addition, he is a founding member of the Congress of Canadian Armenians and has served on the Board of the Canadian Armenian Business Council.
Pierre is passionate about the jewellery industry and is honored to accept the CJA’s Chairman’s Award.

I congratulate everyone who was elected to serve on the CJA board for 2015/2016. My special accolades to Chairperson Tanya Parrish the third Canadian Gem team member to have served at the highest level of our Association. Tanya, you can count on my full and unconditional support towards your successful tenure.

In 1988, when I joined the CJA board, our seventy three (73) year old association had outdated By-laws and modus operandi, a bleeding magazine business, a mediocre jewellery show and successive challenged Executive directors. However, the worst hellfire the association had to battle was the excise tax on jewellery, imposed in 1918, which was the initial raison d’être for the creation of the CJA. The dreaded excise tax was destroying jewellery businesses across the land. As the saying goes, the strongest steel is forged by fires of hell; I assure you there was an abundance of hell fire when I came on the scene.

Through team effort or lack thereof, we overcame what seemed at the time insurmountable hurdles. I was told time and again “It can’t be done. So many greater people have tried and failed, don’t waste our time and the association’s resources”. During those years, the CJA budget for government relations was less than $5000. We fought hard and won the war by making huge personal sacrifices of time and money. We prevailed through passion and perseverance. Our fervour was so contagious that so many joined the effort. We subsequently raised all the funds needed to finance our extremely costly undertaking

In comparison, today the CJA is in a comfortable position, and appears to have no burning issues to fight against, hence nothing to fight for. That’s a perception among industry members that you, the newly elected CJA leadership, must overcome. I challenge our capable and motivated president David Ritter, newly elected board members and chairman to show our industry how relevant the CJA is today, and to revive the temple where industry members congregate.

At our recent past presidents/chairmen’s gathering, two pivotal initiatives were discussed. The 100th anniversary of CJA and the upcoming 10th anniversary of the elimination of the excise tax. This is a once in a lifetime opportunity to rally jewellers to celebrate our industry’s accomplishments!

In addition to great programs the CJA presently offers, we must lead the effort and be the catalyst in educating the next generation of jewellers, assist museums and galleries in organising jewellery and gem exhibits promoting Canadian designers, initiate research on the contribution of Canadian jewellers throughout history, solicit the national film board and others to produce Canadian Diamonds and Gold documentaries highlighting the impact of our industry on our society and the world, solicit Canada post to issue stamps, etc.

CJA must also celebrate and recognise Canadians who have made a difference in our lives. I suggest we start with honouring parliamentarians from all 4 political parties who helped free us from the bondage of the excise tax.

I accept the Chairman’s Award on behalf of all those who supported the effort to eliminate the excise tax, 1st amongst them my wife Norma, my children Arka, Bedo and Alique and my aging parents from whom I stole thousands of hours, my business partner and brother who on many occasions had an absentee partner, my partners in crime Jonathan Birks, Carmen Rivet and John Minister who were as passionate as I, and my very good friend John Duncan from Vancouver Island who’s now Minister and party whip, who introduced the private members bill and valiantly fought for our cause in Ottawa.
Last but not least, I dedicate this award to our Very Honourable Prime Minister who as Leader of the Opposition made a handshake deal with me to get rid of the tax in his first budget and honoured his promise! 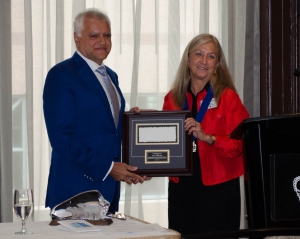 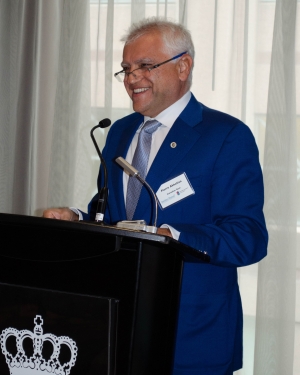 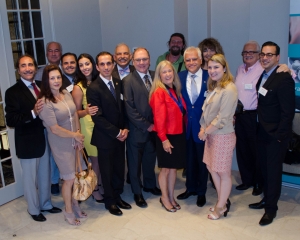 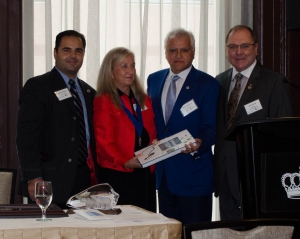 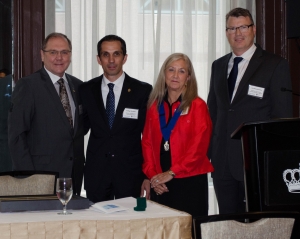 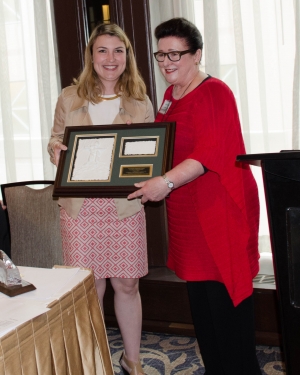 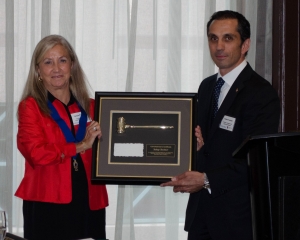 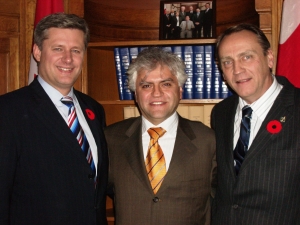